In Marina di Cassano where the navel ships that until the early nineteenth century to compete with those of Savona and Sestri Ponente. The sailing ships of Piano di Sorrento in fact opened trade routes from the Sorrento Peninsula before with the ports of the Tyrrhenian and Adriatic and then the routes to the distant America.
Although Sorrento farmhouses went to stand out, from the eighteenth century, between the communities of the Kingdom of Naples for the predominance in them of non-agricultural economic activities and the presence of a skilled craft, however, will always be agriculture, it increased from cultivation intensive type of citrus fruits and their dissemination, to determine the further development of maritime trade with the consequent increase of shipbuilding activities.

This highlights the circularity and the interdependence between the activities of the Plan, which will always be connected to the evolution of the territory.

On the other hand, products from the hulls of the peninsula yards, in addition to being used to links to the capital, were increasingly sought for the construction of trade both with the various ports of the Tyrrhenian Sea, and with those of the Adriatic. 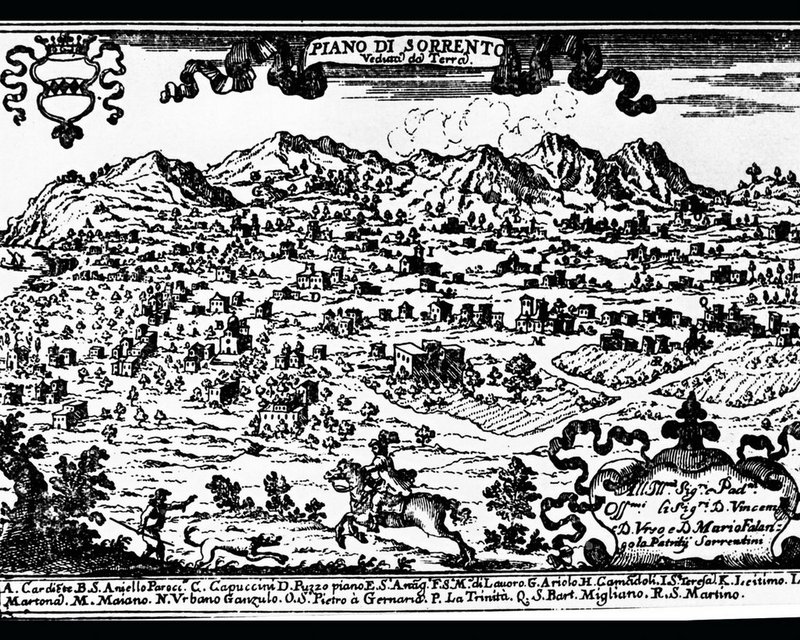 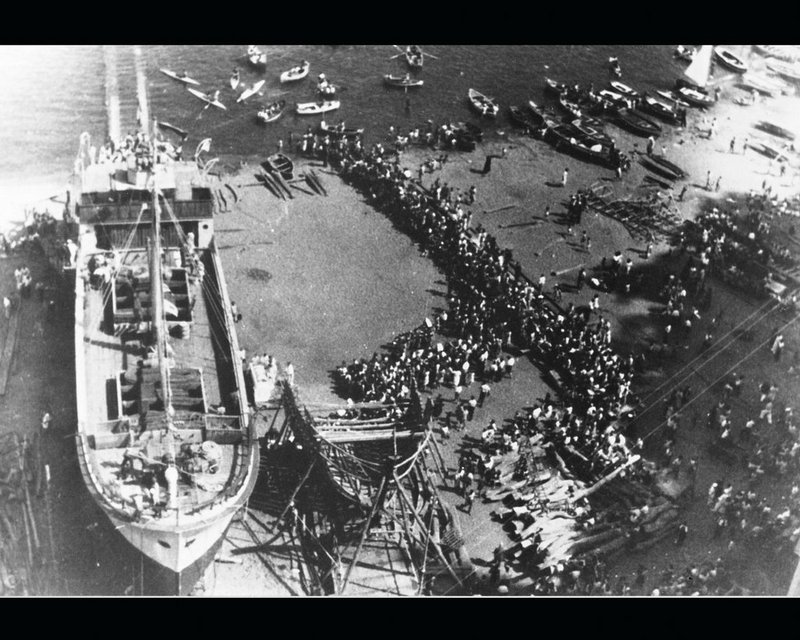 Trades that will benefit from the construction of the “Polish.” These, reputed among the best in the Kingdom because, “constructed as the North”, allow a greater speed while having a higher load capacity of the others, valued at eight thousand tomoli wheat, made these boats so advantageous to the business to be hired by merchants from Ancona to transport oranges and in their cities to Venice and Trieste.

This led to a continuous demand for hulls, not only for small vessels, which increased the seventeenth-century shipyard Alimuri in Meta and he encouraged the foundation of a building site on the coast of Cassano, in terziere of Carotto, where, meanwhile, was developing a real and its host market for commercial products of phoria.

The new shipyard extended along the beach for about sqm. 3850, employing 250 workers; in the same years in Sorrento it was built a more limited amplitude shipyard, employing about 50 workers, producing mostly of modest size boats, suitable for fishing, provided often, both large networks of simple lanzare for fishing polyps. 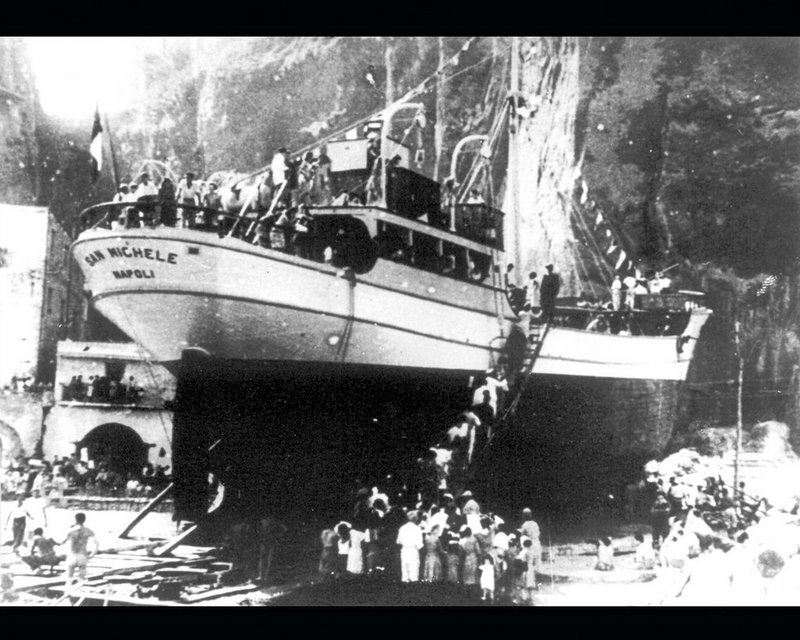 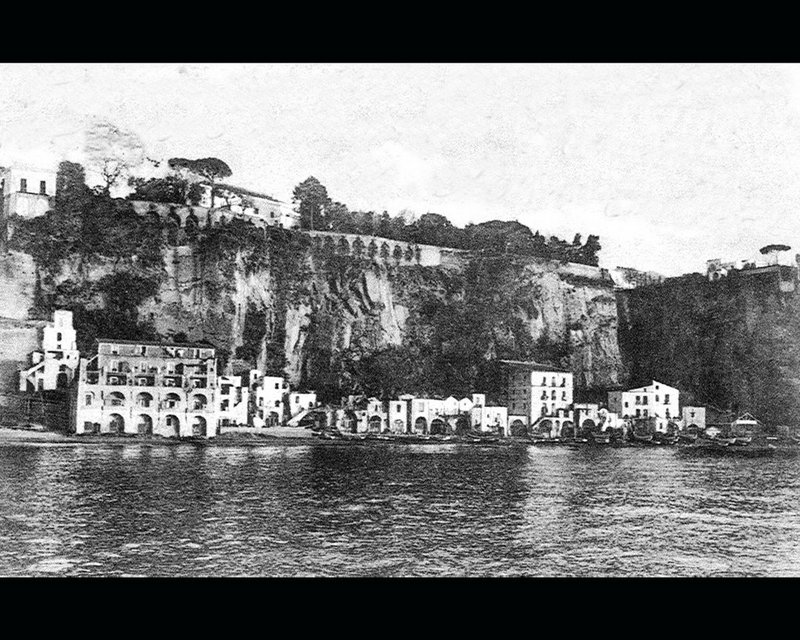 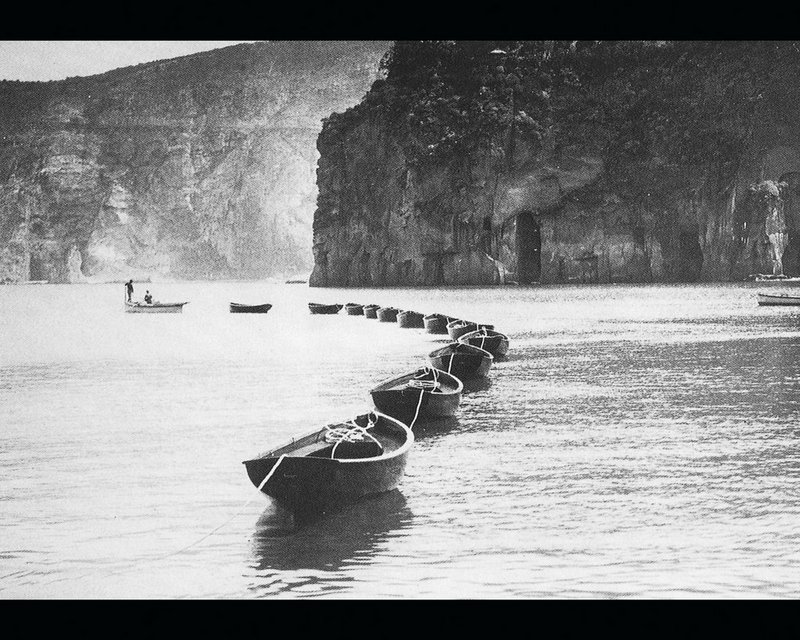 Evidently while the shipyard Alimuri retained the role of the most important site of the Sorrento territory to Cassano and Sorrento were used in the construction of fishing vessels and for the transport of goods between the various locations in the peninsula.
The intensity of trade resulting from heightened and planned local productivity stimulated even more the shipbuilding activities, real master of the economy of the Plan.

In fact, according to orders, the shipyard Alimuri will undergo a series of enlargements, it concluded only at the beginning of the century. XIX, will give the possibility of arming more hulls simultaneously.
At the same time it will further develop the site near sull’arenile Cassano that will see the greatest overall organization of small and individual laboratories of shipwrights.