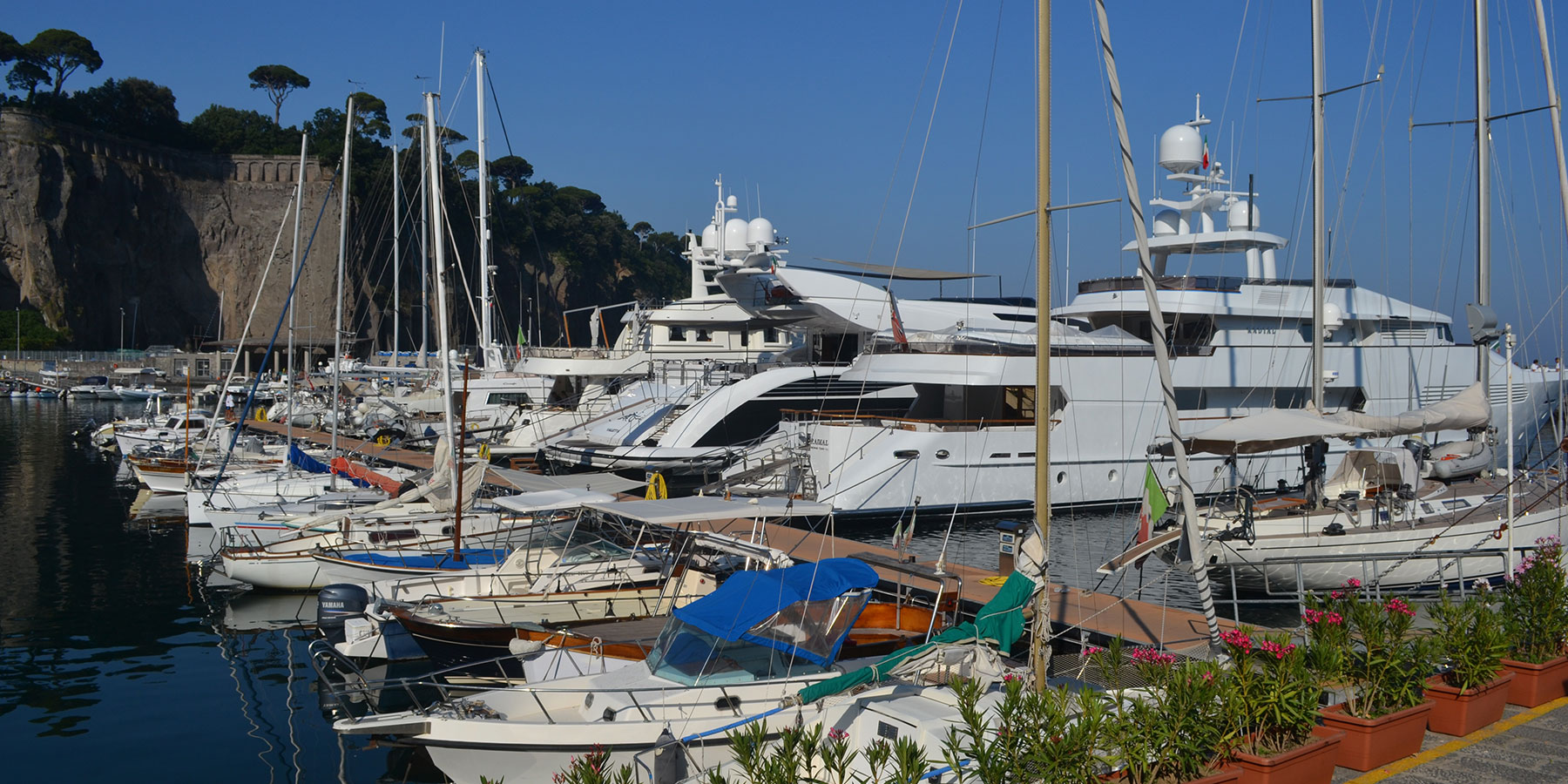 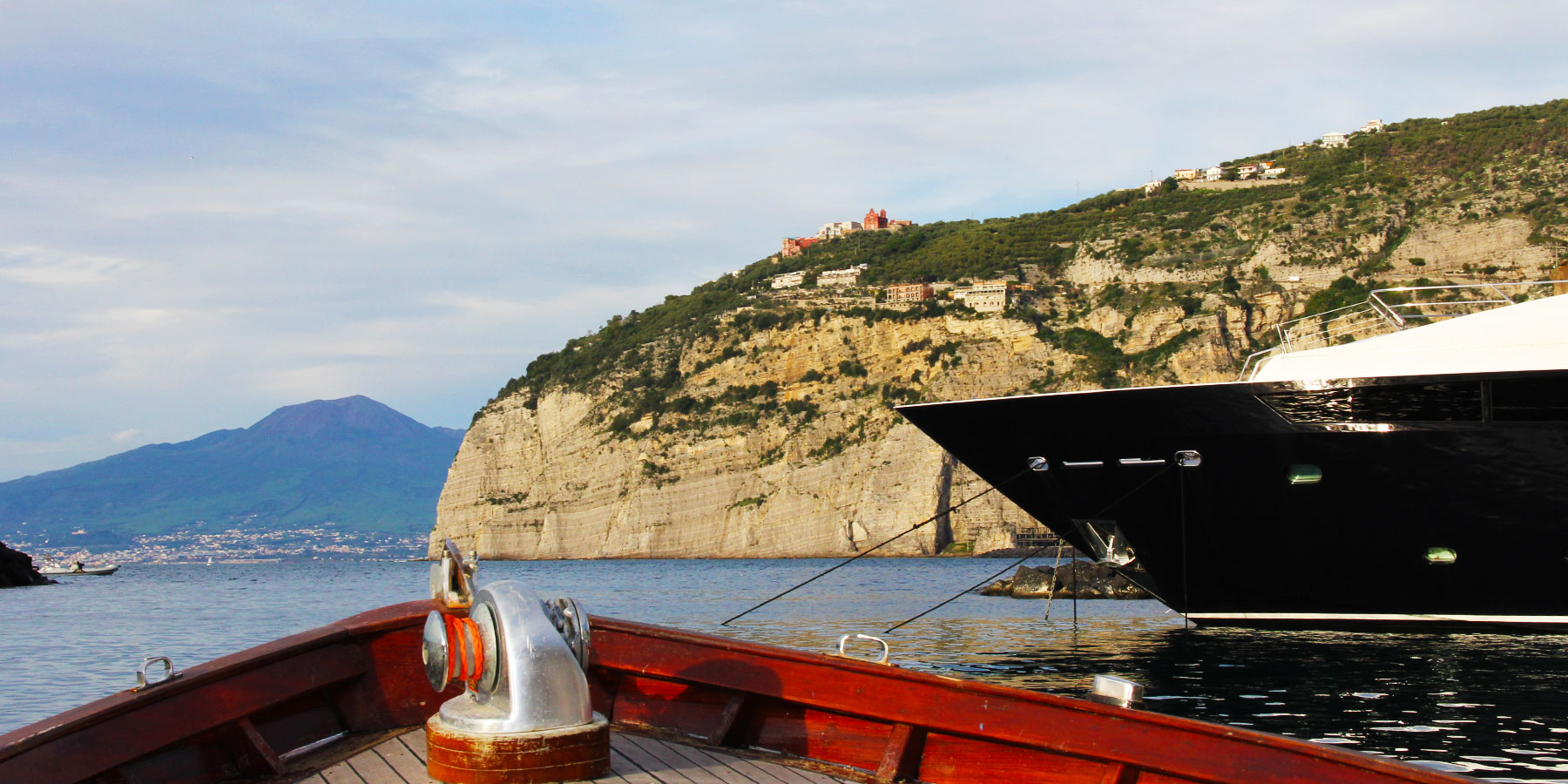 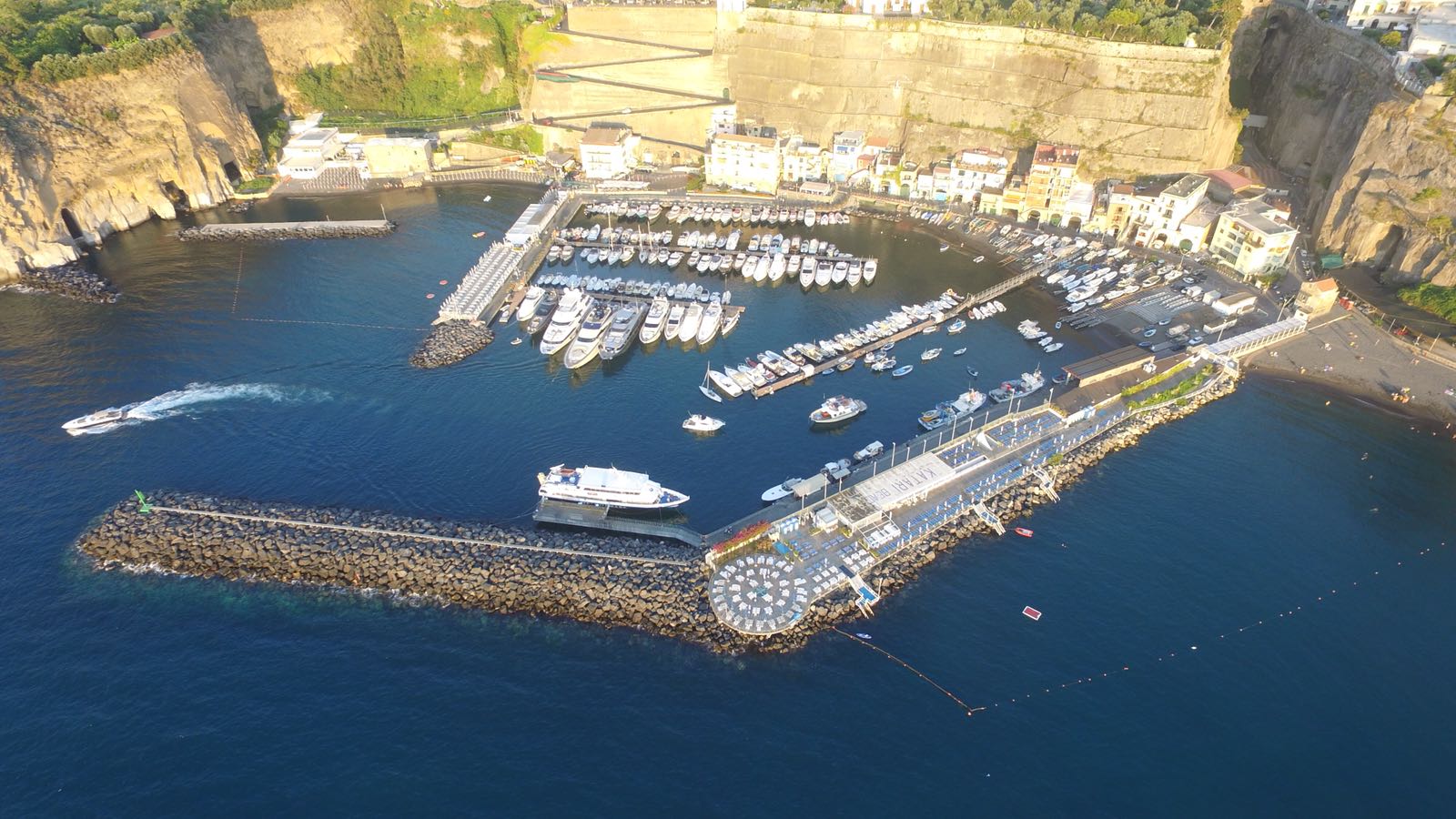 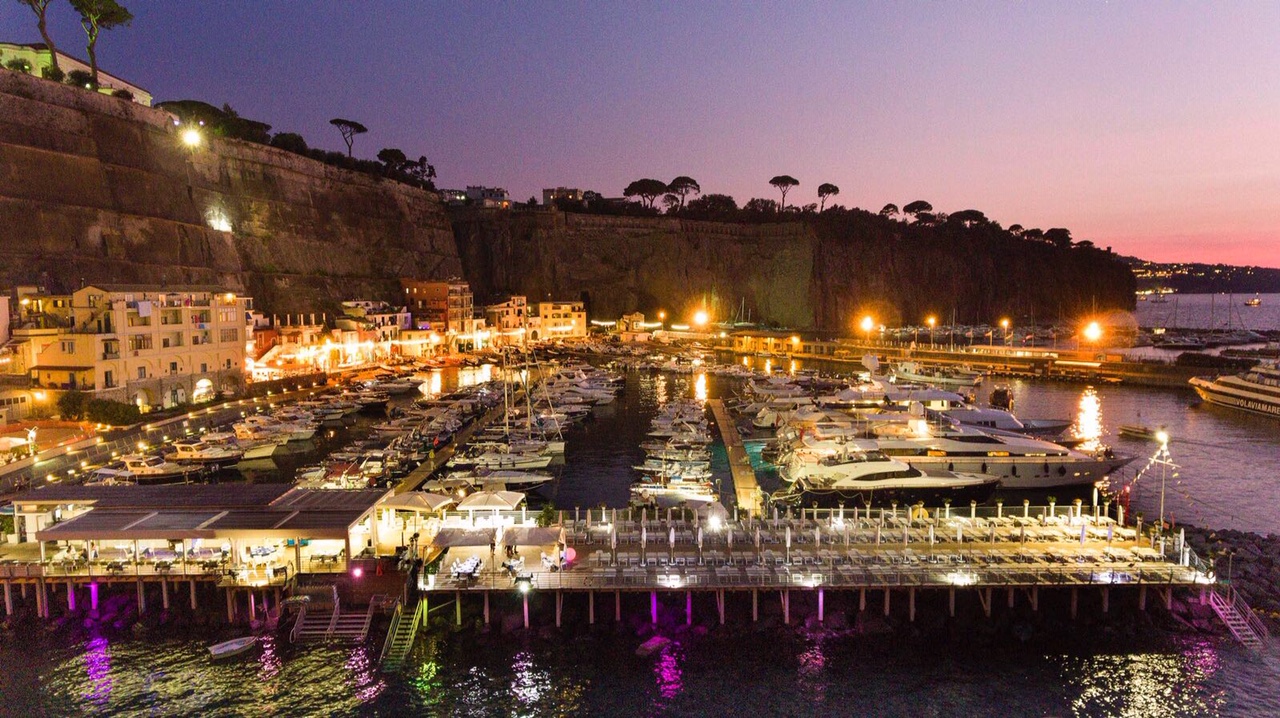 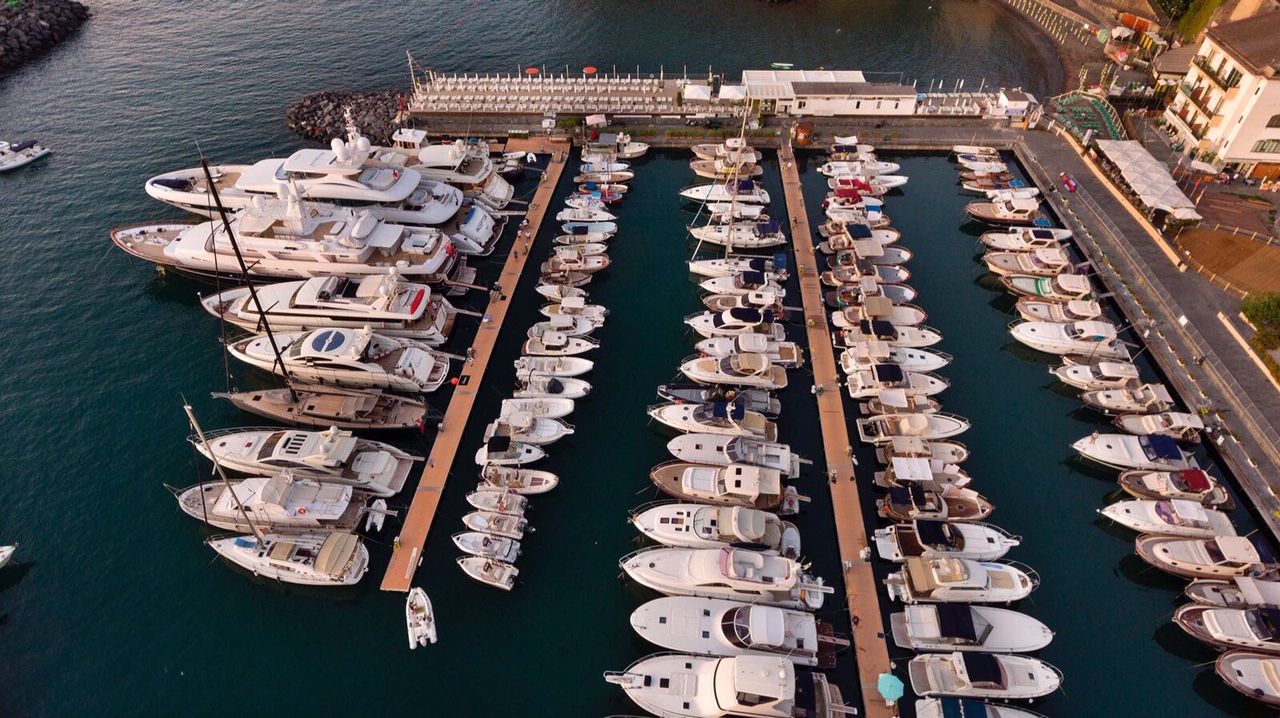 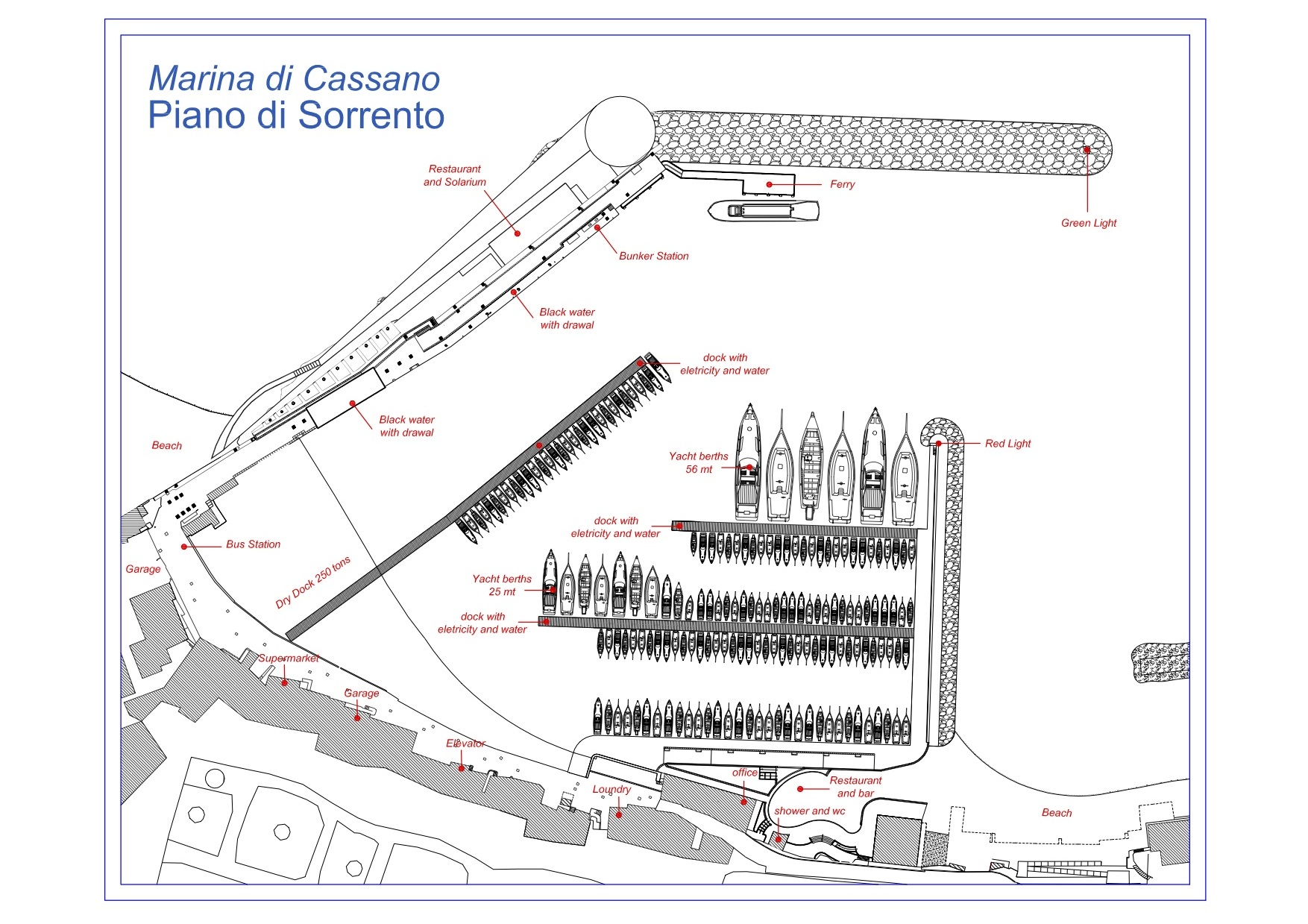 DESCRIPTION OF THE PORT

The port of Marina di Cassano consists of a jetty with a quay of 200 m and a breakwater reef 100 m . E ‘ was built a new jetty to the reef to the west of the existing one and parallel to the latter in which a buoy field has been fixed for the mooring of pleasure craft .

You can moor at the quay (except for the first 75 m for the mooring of fishing vessels and the area under concession to the fuel distributor) for the time required for boarding / disembarking passengers and goods. The remaining part of the quay is reserved to pleasure crafts to exclusion of about 20 m reserved to fuel distributors. You can anchor in the bay, on the dead body, in areas under concession to local operators.

DESCRIPTION OF THE COAST

The Gulf of Naples is spread between Cape Miseno and Punta Campanella, crowned to the north from the islands Ischia and Procida and to the south from Capri. The intense traffic of all sorts of merchant ships, pleasure and military is recommending special attention and consultation with the special rules and regulations specific to individual Capitanerie of the wide gulf. Along the sandy and rocky nature of the coast, stands Capo Miseno, large tufa rock, cultivated only in the revolt to the mainland area is joined to it by a sandy isthmus. On her head is a leaning tower in a building with 2 floors, both white, with light above the n. 2402. To the east of the head is a buoy that emits light in yellow flashes: just North begins large area of ​​mussel farming, forbidden and dangerous for the navigation. In the northern part of the Gulf of Pozzuoli must pay attention to some dry. The Nisida Island is also volcanic in nature: it is one of the many craters of the area. Its circular shape encloses a small basin, Porto Paone, which is accessed through a small creek; its banks are high and rocky. Extreme north is placed n the lighthouse. In 2416 on a green palo alto 5 m. Near the shore, to the SW of the island, it points out the danger of landslides or falling rocks and seabed irregularities. Keep off. Once past the island and arrived near Punta Cavallo is at SSE Secca of Cavallara, about 500 m. from the ground. We arrived in Punta Posillipo in the bay of Naples. The imposing volcano, Vesuvius, conspicuous for his position beside the sea on the Gulf of Naples stretches for a long part of the coast that runs from Capo Posillipo to Punta Campanella. The port is accessed by two mouths (Mouth Main and Bocca di Levante). The north coast of the Gulf consists of verdant hills where there are a diverse number of craters. The part south of the gulf is the mountainous nature. The Bay of Naples is home to many more ships at anchor, both merchant and military. It is recalled that the NATO fleet deployed in the Mediterranean is headed to Naples and it’s not hard to see you anchor the most famous American warships. West of the commercial port, between Posillipo and the Castel dell ‘Ovo, stands out, especially at night, the lighting, via Caracciolo, known the city’s waterfront. The city continues up the slopes of Vesuvius. The coast over Torre del Greek is rocky volcanic. From Castellammare di Stabia and throughout the Sorrento peninsula overlooking the mountains and the coast is indented, with many coves and beaches. On top of the Vervece Scoglio, ahead of Massa Lubrense, it is placed a beacon with the lighthouse n. 2592. The beacon is colored in red and black stripes with double spherical top mark. The passage, between Capri and the mainland, is marked by two lighthouses. At Punta Campanella is the beacon n. 2596, set up on a trellis, next to a Saracen tower (Torre Minerva). On the island of Capri, Punta Tiberius (Cape Point), is the other headlight, n. 2600, placed on the rock “La Longa of the South”, on a candlestick with riservetta, painted white. Abeam of the channel are placed underwater cables and a pipeline (Port of Capri – Bacoli). On that area, and for about half a mile are prohibited and fishing and anchoring. Punta Campanella is crowned by high mountains, among which Mount Costanzo where the Convent of the same name. Immediately after the tip opens the Cala Ieranto, an excellent anchorage with northerly winds. Continuing west, the coast has a stretch of beach at Marina di Nerano, a small village of fishermen’s cottages. The end of this area is indicated by Punta S. Elia, topped by ancient fortifications and a white 2-story home. A bit east, the coast is rocky and steep; the bank is eroded by numerous caves. In this stretch of coast highlights the islet of Isca on which there is a building surrounded by greenery. The Li Galli islands consist of three rocks, rocky. The largest, the Gallo Lungo, is covered with bushes among which we see a tower. On the top there is a white trellis quadrangular, another 12 m on which is located the beacon n. 2616. The other two islands, Castelluccia and La Rotonda, are covered with vegetation only at the top. It points out an area of ​​dried between the Castelluccia and Vetara Scoglio; to circumvent the danger keep closer to Vetara. And further along the coast dominated by the mountains that descend to the sea, stands Positano situated between the slopes of Monte S. Angelo and Monte City. The country is made up of small white houses that descend right down to the sea. At the shore there is a church with the red roof and the dome greenish tiled. On the beach is always crowded prohibited the landing.